Magic Leap 1 is a portable spatial computer that combines the physical and digital world into one. A revolutionary Mixed Reality device - product of the largest project in the field of Augmented Reality electronics in the world. Made for gaming, immersive educational apps, business apps. Available in several sets: utility, developer, enterprise. VEO offers the utility and developer ones.

ABOUT THE AR GLASSES

Field of view: Bigger than HoloLens, smaller than VR

The Magic Leap One's effective viewing area for virtual things feels a lot more limiting than what you'd get on a regular VR headset, for several reasons. The official Magic Leap One field of view (FOV) has a 4:3 aspect ratio that's 40 degrees horizontal, 30 degrees vertical and 50 degrees diagonal. It's like dangling a small glass rectangle in front of your face to see AR through. Microsoft HoloLens suffers similar limited field of view. Magic Leap's viewing area is a bit larger, but smaller than what current VR headsets offer.

The other reason AR naturally feels limiting is that you can see everything else around you, with unobstructed peripheral vision. VR headsets blind things off like a windowless scuba mask. That was the HoloLens problem, and it's the Magic Leap One's drawback, too.

Magic Leap is trying to offset that limitation by emphasizing how objects seen in the headset can seem larger as the effective cone/pyramid of view extends farther back. The official term, viewing frustum, means that further-back objects could look best. Magic Leap says the 3D effects can start at about 14 inches away, and extend infinitely.

The clip-on Lightpack PC has specs greater than a phone or the Nintendo Switch, and more on the order of a PC. It's like a variant of the NUC portable computers Intel has made -- but with an Nvidia Tegra X2 system-on-chip. There's 128GB of storage, but only 95GB will be free to store downloads.

The included controller is meant to be held in one hand, much like the Oculus Go controller or Samsung Gear VR. It has a rear trigger and an above-the-trigger shoulder button on the front. There's also a circular trackpad with a ring of 12 multicolor LED lights that can activate to indicate where to press in apps, and a home button below that. The controller has six-degree-of-freedom (6DOF) tracking like desktop VR controllers, a step up from the more limited controls on mobile VR headsets like Oculus Go and Google Daydream, which means it can move around and work with 3D AR seamlessly. (we had ours turn into a blaster gun in one game). The controller lasts for 7.5 hours on a charge and recharges with a 15-watt USB-C charger.

The Oculus Go standalone VR headset lasts about 2 hours on a charge. Same for Google's self-contained VR headset, the Lenovo Mirage Solo. The Magic Leap One promises a little better, at up to 3 hours. 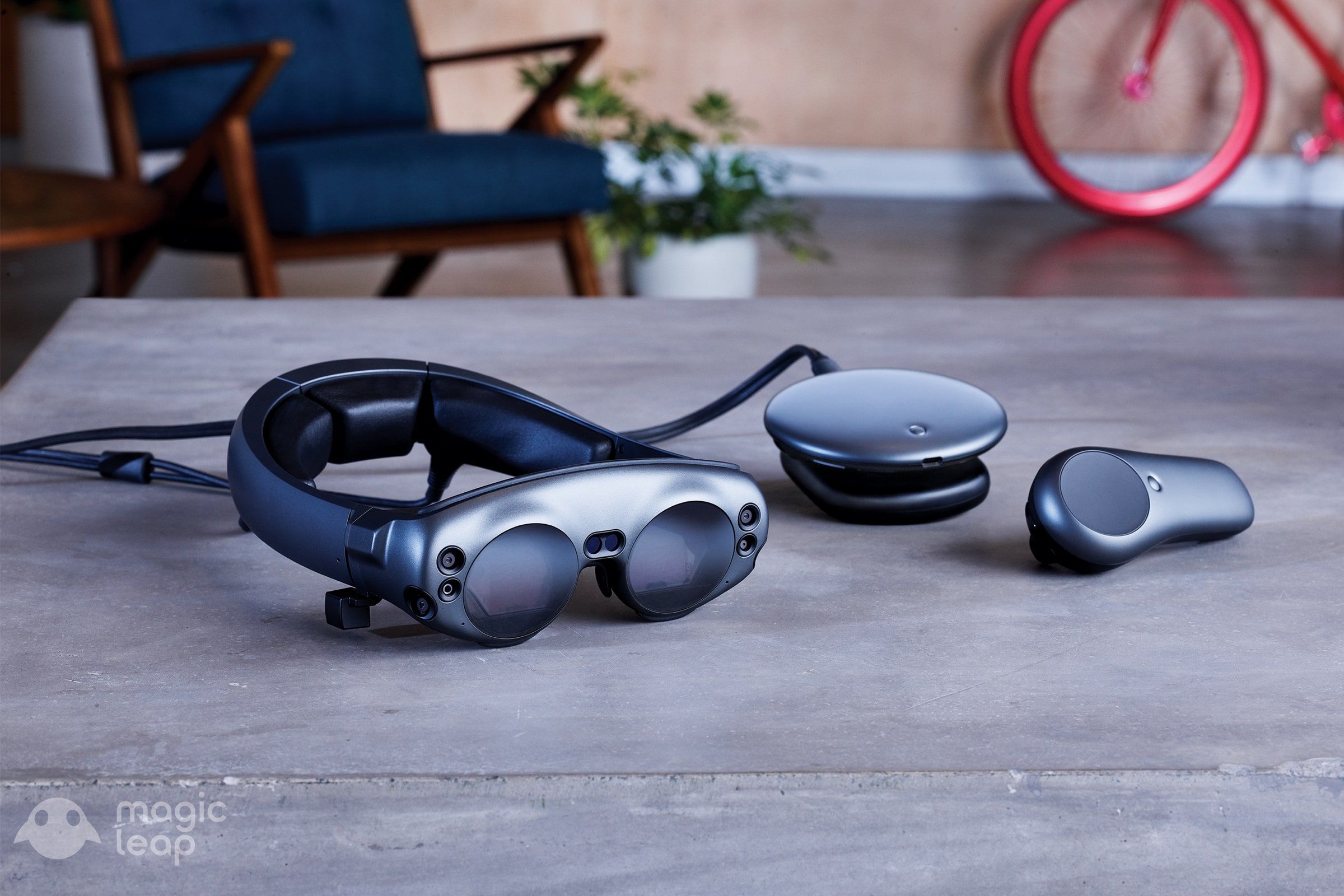 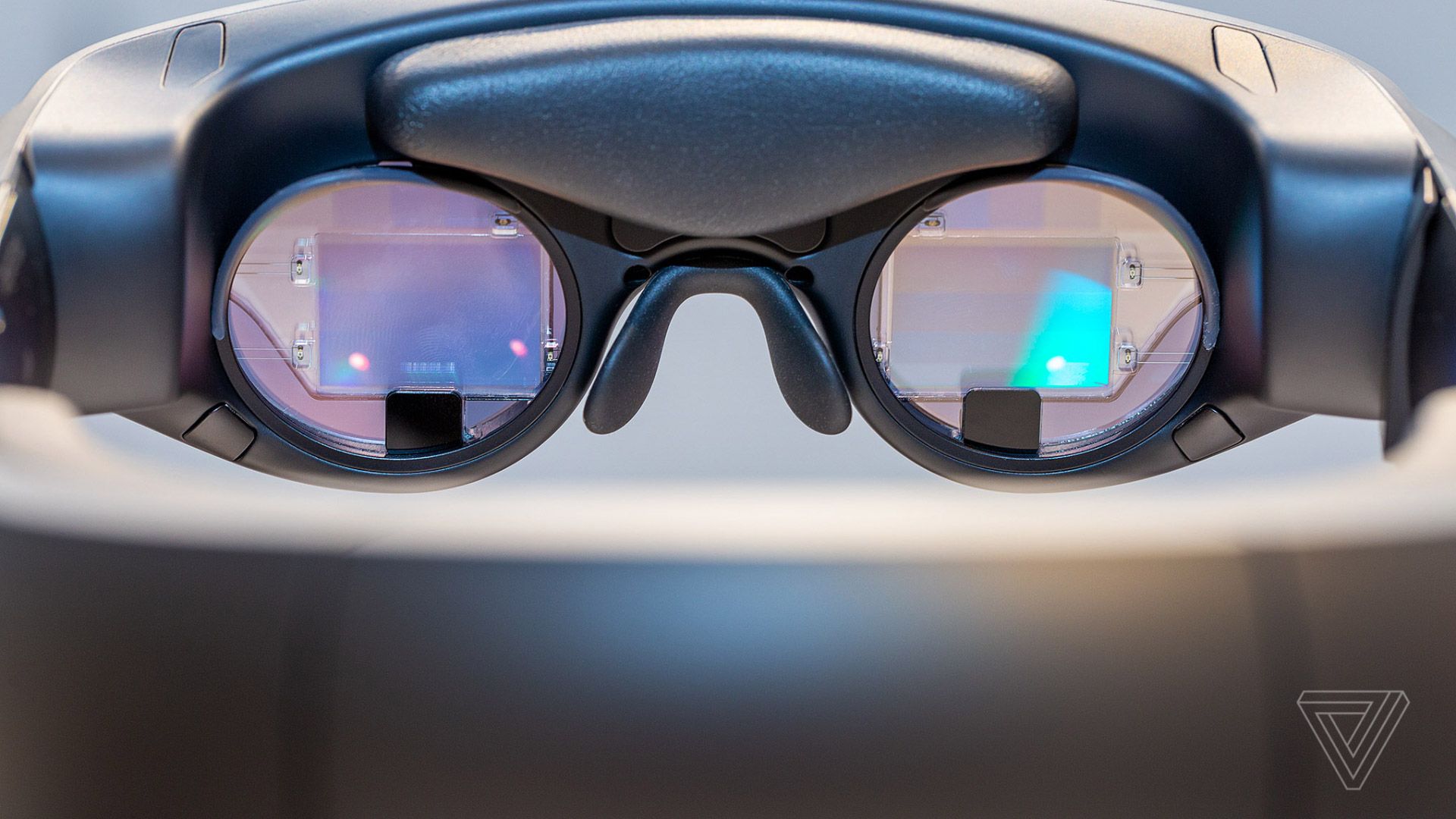 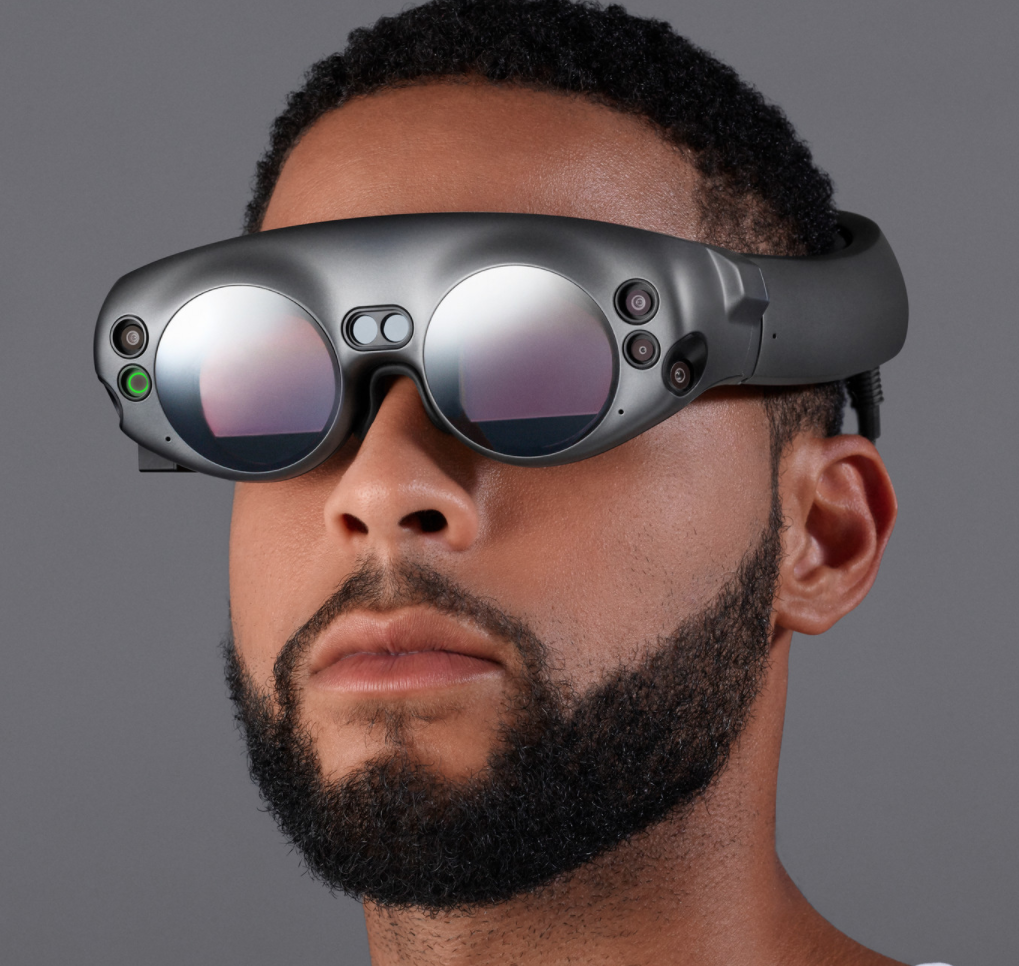 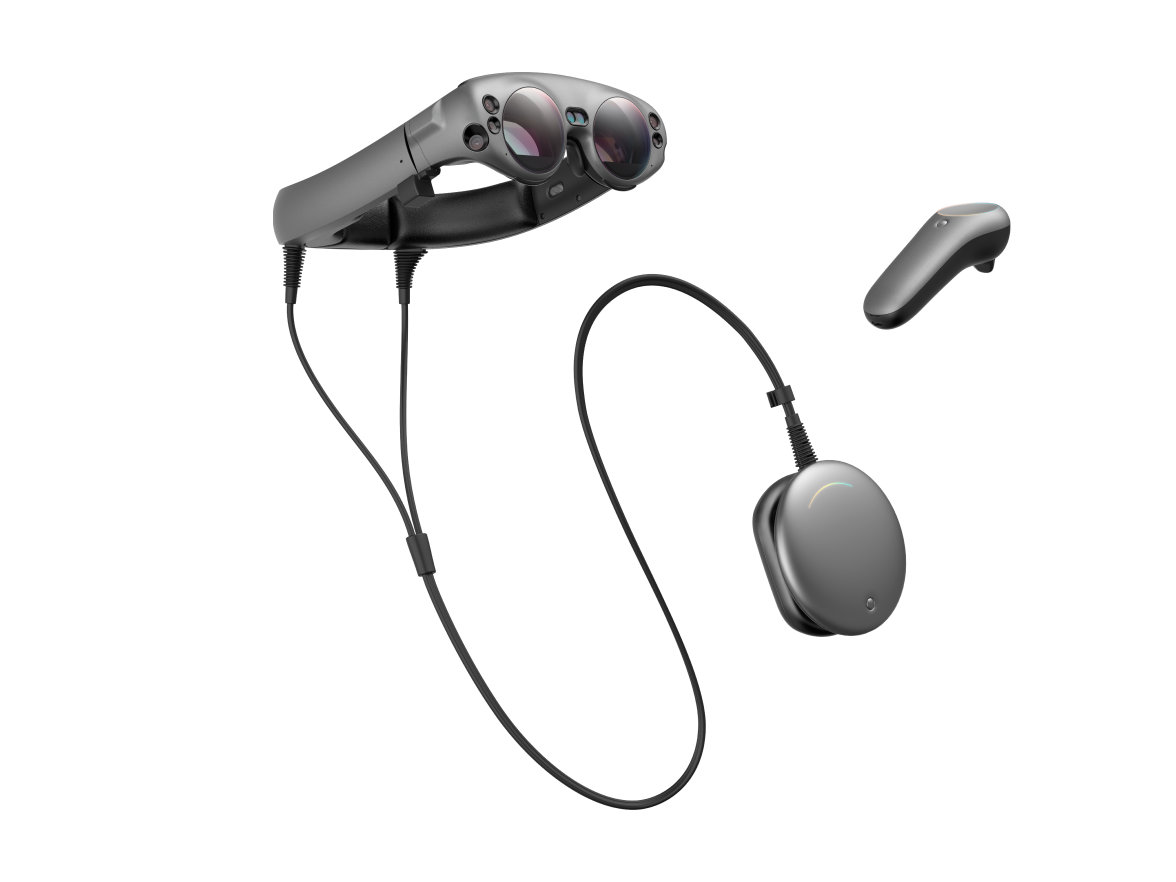 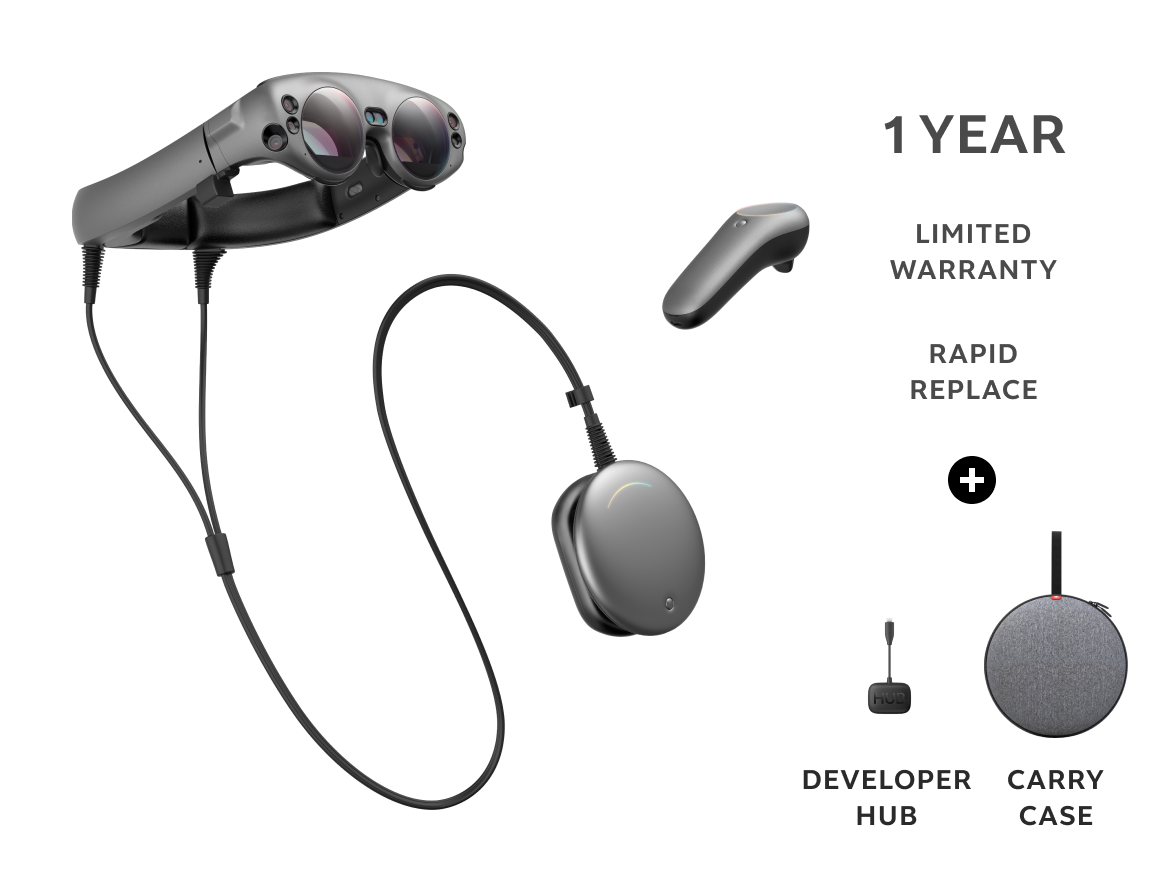 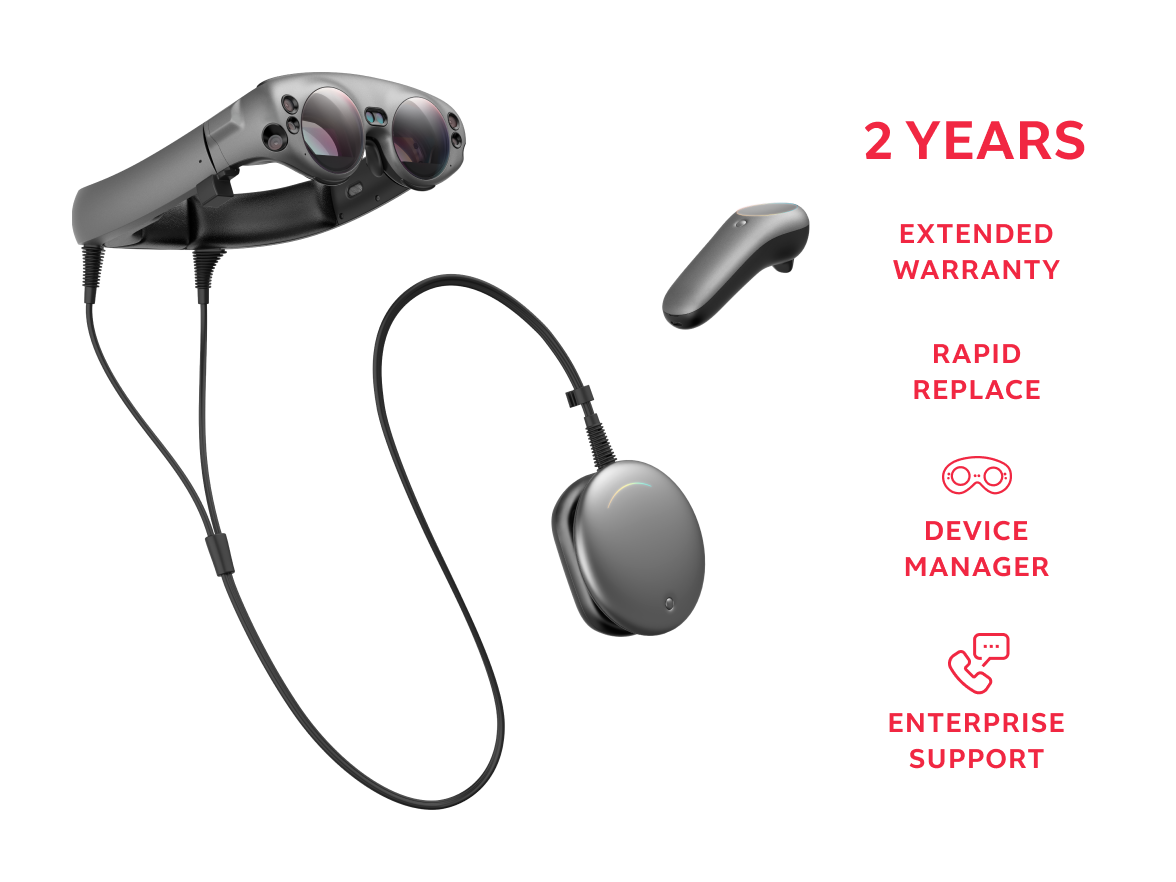 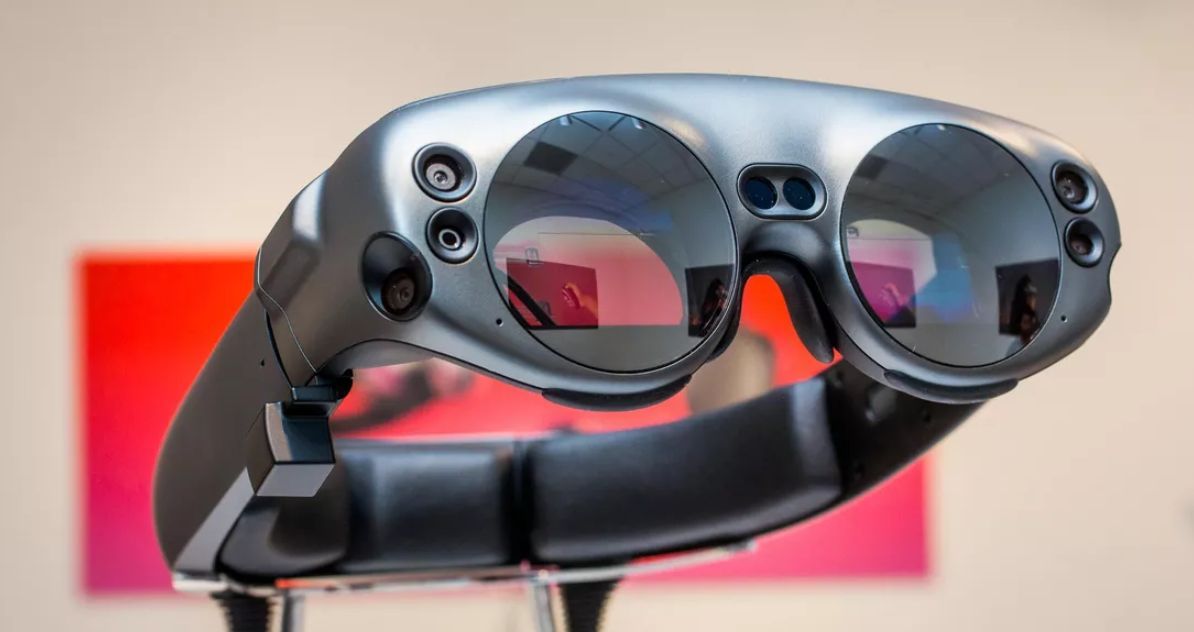 Something went wrong. Try again.
Your message was sent successfully.