VEO software products are developed by applying our core SDK components to specific use cases. In addition to the VEO software, we run a project in the field of consumer electronics, creating tactical goggles of Augmented Reality - XAR1.  Our products have from 10 to 90% of market readiness. Most of them will have separate websites with the option of purchasing them. 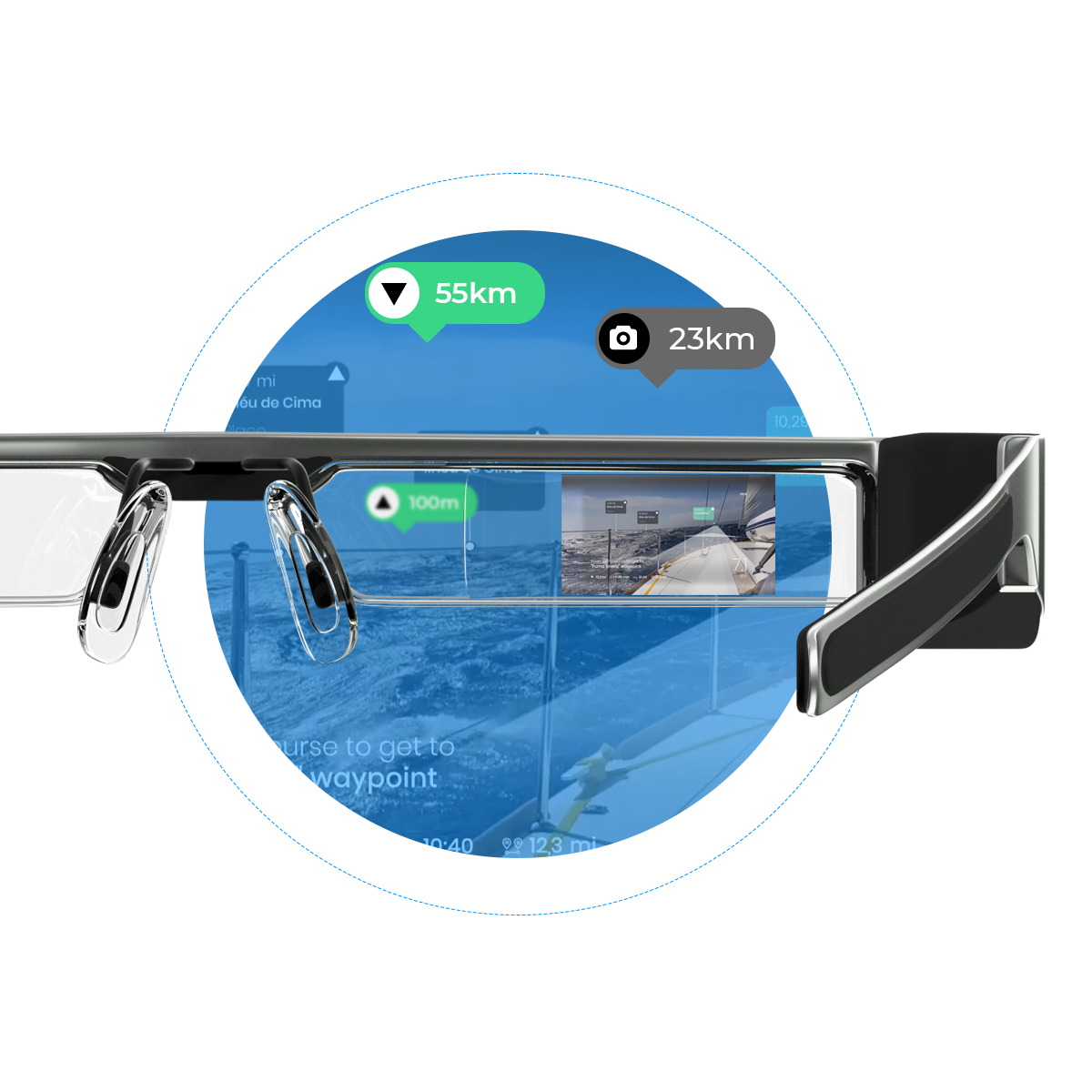 Xploria is the world's first marine navigation system operating in Augmented Reality glasses mode. The system is a practical implementation of the SDK VEO Navigation and VEO AR Glasses SDK software in the use of marine navigation. It was created as a result of 2 EU projects conducted by the VEO company in 2018-2021. It also contains a database of over 2000 films documenting European ports created in 2016-2019 by the company's founder.

Xploria has the following features:

The system is available for sale from January 2022 on the xploria.io website and in stores supplying hardware and software for sailors.

Eye system is a system that recognizes the most important objects around a person who has a severe visual impairment or is blind. The system recognizes: bus / tram numbers, traffic lights, distance from vehicles and people, faces of people who have been previously entered in the application, texts, banknotes. All of these objects are analyzed on an ongoing basis and converted into verbal information. Thanks to this, a blind person can walk relatively safely and be constantly informed about what is happening around them.

In addition to the machines recognizing objects in the Eye system, video conferences are conducted with a blind person's assistant, which in practice means that there is no need to use guide dogs or other similar amenities.

The Eye system has been adapted to the facilities and types of vehicles operating in Poland. The system's neural networks are trained on an ongoing basis as new types of data appear. The Eye system has a specialized head camera - hardware base for image analytics around the user. The camera is plugged into a smartphone with the Eye application.

The Eye system does not store images from users' cameras. The application only provides text feedback and turns it into audio over the phone. No personal data is collected except those required to register the user in the system.

The system will be available in optical stores throughout Poland and in a chain of stores for people with disabilities.

The Eye system will also be available to buy at www.systemoko.pl 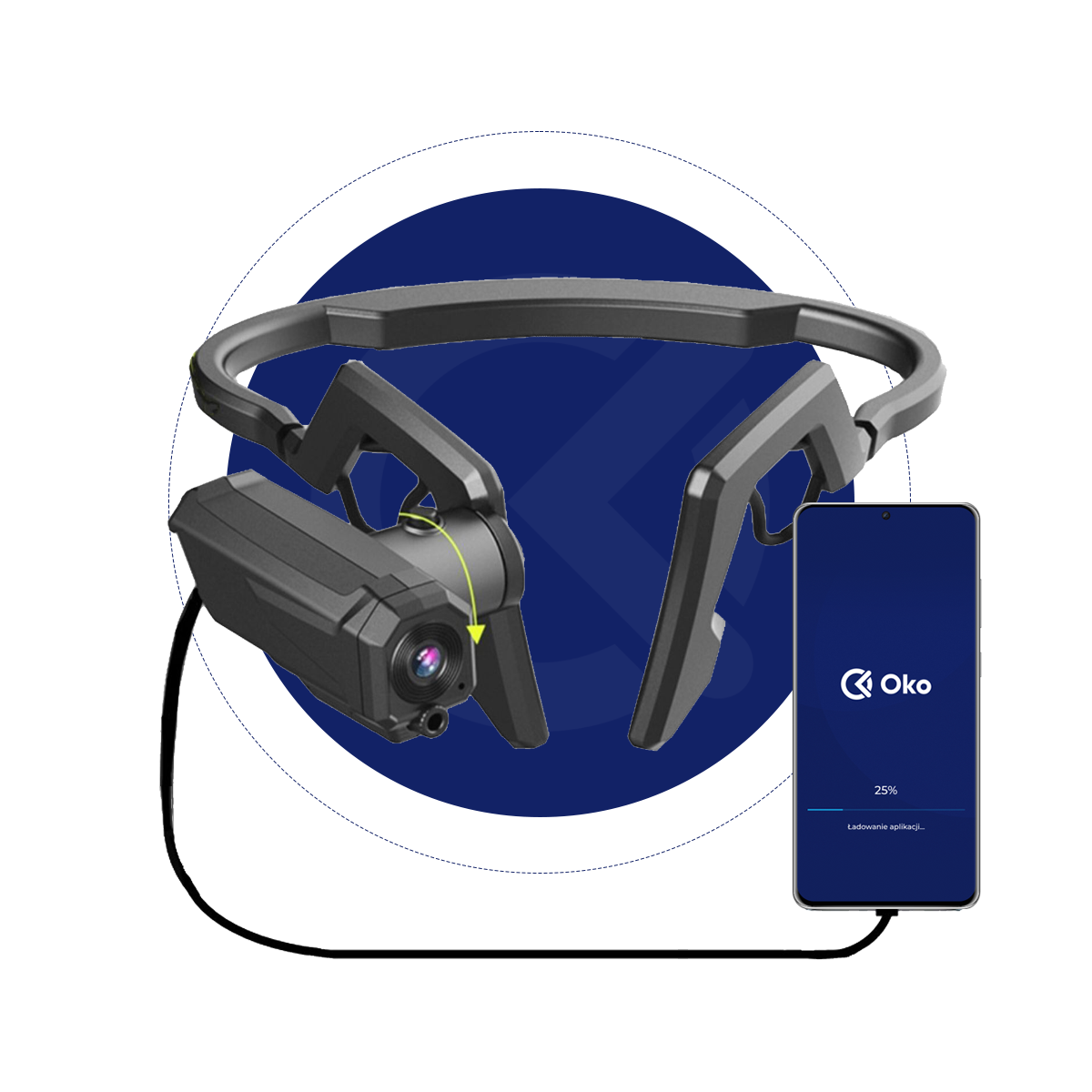 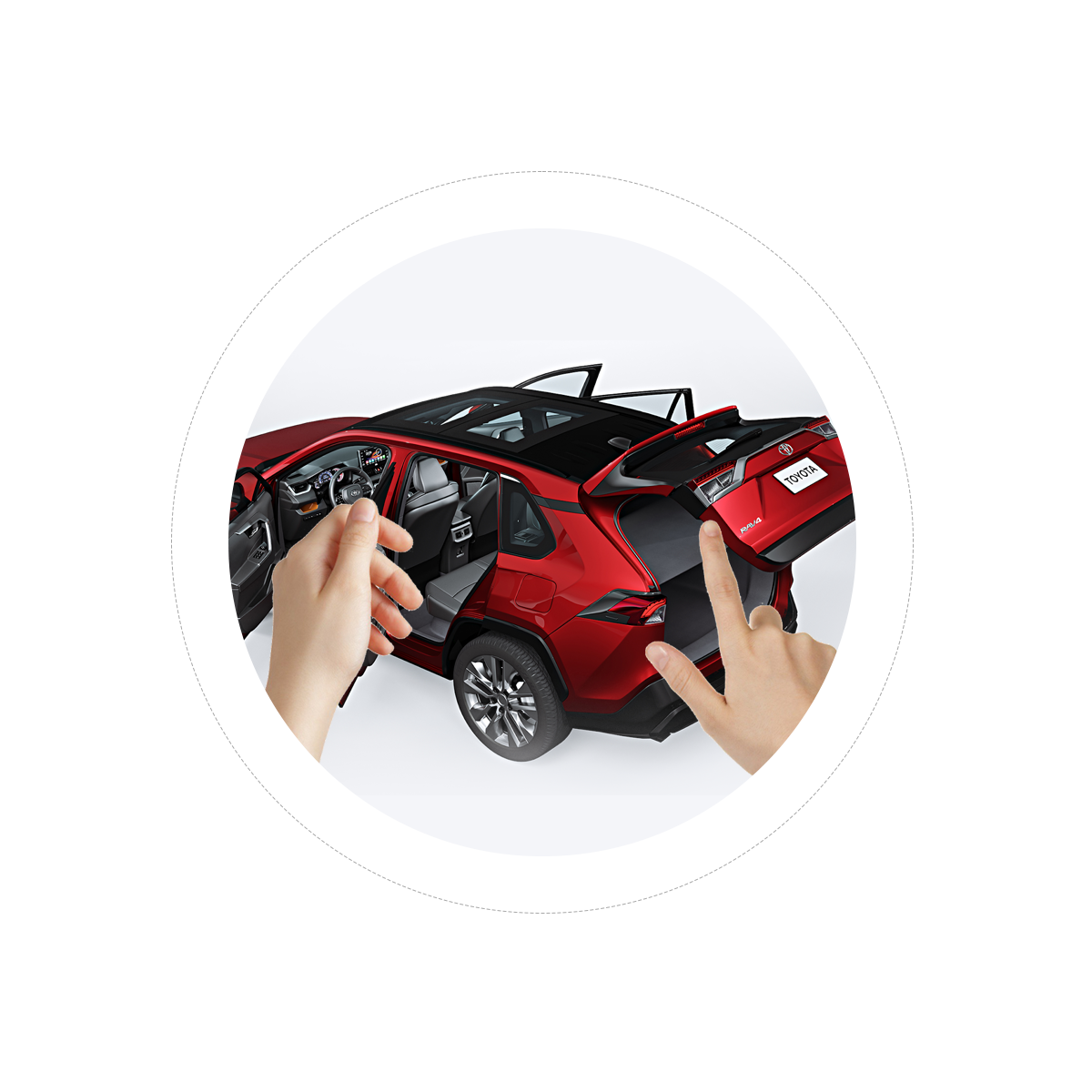 HoloCar is the first Mixed Reality system designed for the visualization and configuration of vehicles in holographic mode in a car showroom. Thanks to it, the customer on the car can see it in full size in front of him, as a hologram. The basic device of the system is the Microsoft Hololens 2 eyepiece. In the HoloCar system it is possible to select many vehicle models, open / close the doors, look inside, change the color of the body, change the color of the upholstery, change the wheels / rims.

Thanks to HoloCar, the car dealership achieves significant benefits in the form of:

Designing their own AR glasses was the dream and vision of the founders of VEO from the very beginning of the company's existence. In 2020, VEO won a competition to create a prototype of AR glasses with enhanced properties of the user's face shield, meeting a number of protection standards. This project is described in more detail here.

The XAR 1.0 tactical goggles will have the following features:

The project is scheduled to be carried out in the research and development part by the end of 2022. 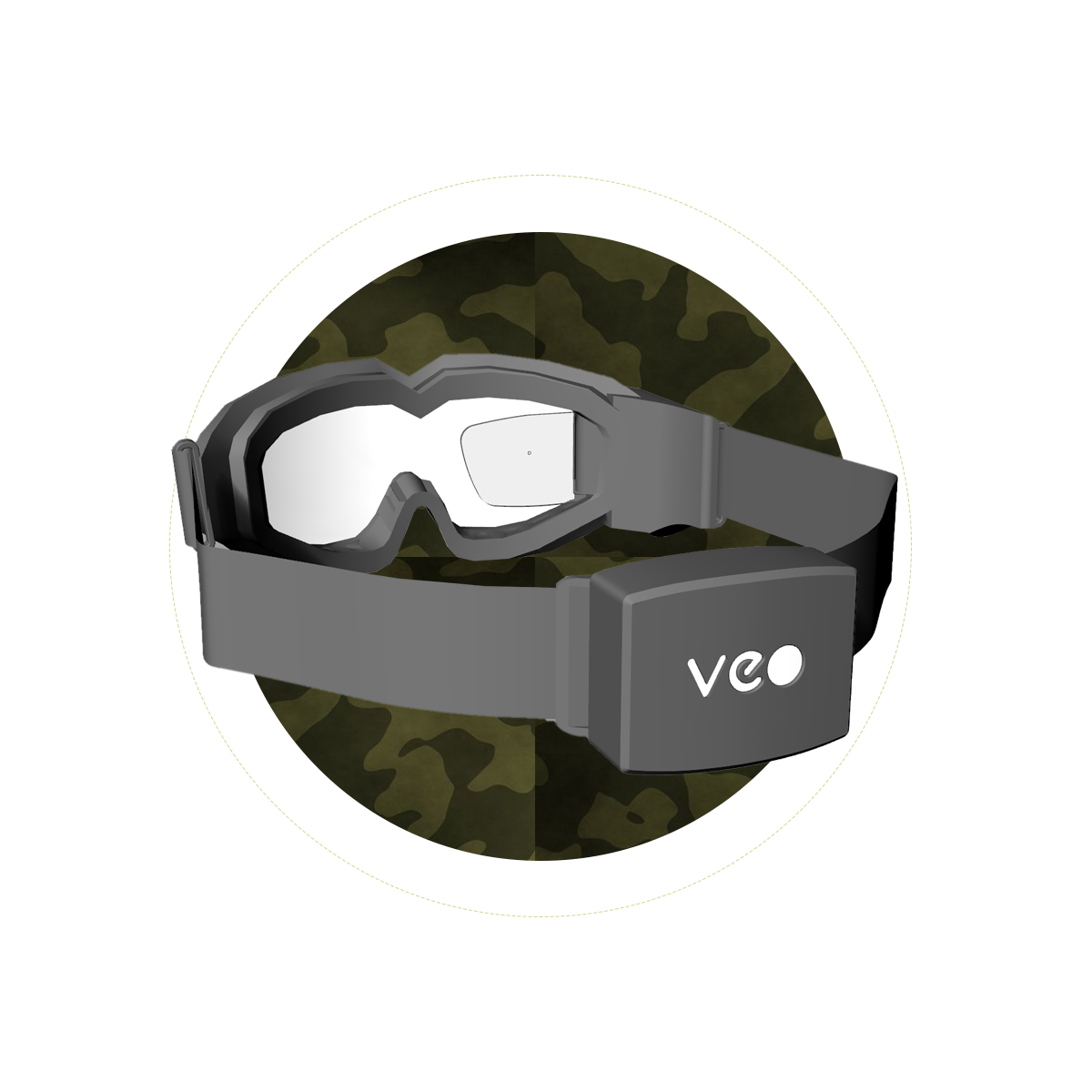 The Remote EYE System is a modified version of our VEO Messenger software tailored for Remote Support. In this solution we use a special, adapted to the needs of the system, a video4K head camera with a lamp and a laser beam illuminating the observed object. The camera has a handset, thanks to which it is possible to remotely support the user and instruct him in what he should do. The Remote EYE camera is connected to the mobile device on which the appropriate application downloaded from Google Play is running.

The solution is much cheaper than the Remote Support systems based on AR glasses known on the market. It does not have a display known from these solutions, but it will work in less complex cases of using remote support. Remote Eye is a natural choice for companies that value effectiveness with low purchase costs of the solution.

The Remote Eye Camera can be mounted to different types of helmets using our mounts or customer-designed solutions.

Remote EYE users get a lifetime license for the software and a 2-year warranty for the camera.